After two months suffering the macOS beta versions (I had multiple problems with my Mac Mini displays, among other performance problems), I finally updated to the macOS Sierra official release.

Then after two or three days Apple has started to release new macOS beta versions and the App Store app starts annoying me with notifications to update again to a beta version. “Never again”, I thought (at least until a new mayor release ;)). So, I started googling about how can I avoid to be alerted about new macOS beta version updates.

The first thing I found is that we can disable this beta thing in the App Store pane into the Settings app: 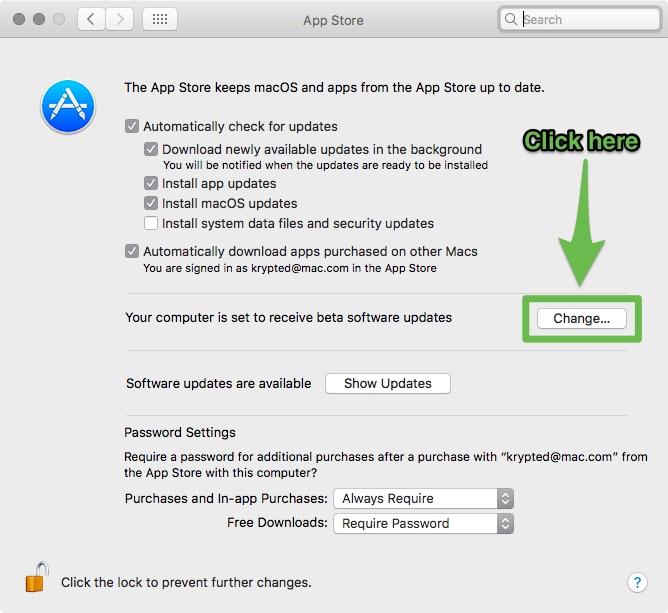 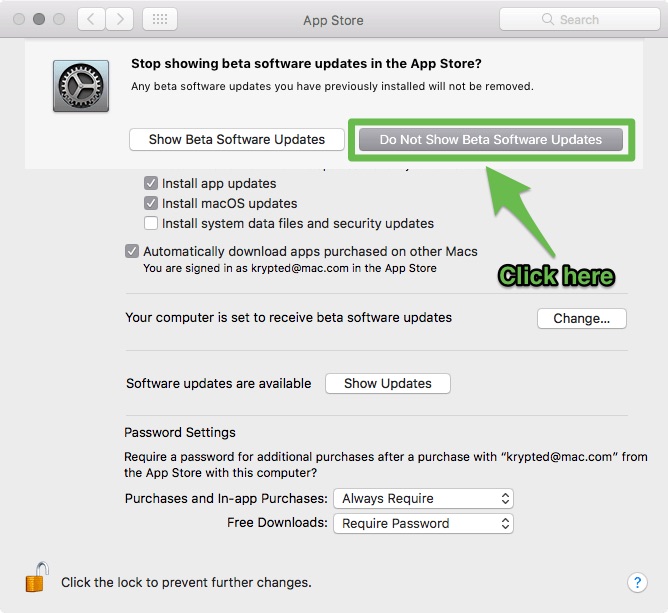 When I disabled the option I expected the annoying notifications disappear. But Apple surprised me again and then I continuously received a new notification every day which I selected to be delayed “until tomorrow”. Then after a month or so I googled again for a solution and found a terminal command that kills definitively the notification. Haha!

As you can see in the command response now my App Store app’s catalog is now sets to ‘Apple production’. Now I don’t have a permanent red badge in the App Store app icon and I don’t receive the every-day-notification-to-be-delayed-until-tomorrow™ anymore.